Roger Petersen with Sarah Zukerman, "Revenge or Reconciliation: Theory and Method of Emotions in the Context of Colombia's Peace Process," in Law in Peace Negotiations, Morton Bergsmo and Pablo Kalmonowitz (Torkel Opsahl, 2010)

Western Intervention in the Balkans: The Strategic Use of Emotion in Conflict

Conflicts involve powerful experiences. The residue of these experiences is captured by the concept and language of emotion. Indiscriminate killing creates fear; targeted violence produces anger and a desire for vengeance; political status reversals spawn resentment; cultural prejudices sustain ethnic contempt. These emotions can become resources for political entrepreneurs. A broad range of Western interventions are based on a view of human nature as narrowly rational. Correspondingly, intervention policy generally aims to alter material incentives (“sticks and carrots”) to influence behavior. In response, poorer and weaker actors who wish to block or change this Western implemented “game” use emotions as resources. This book examines the strategic use of emotion in the conflicts and interventions occurring in the Western Balkans over a twenty-year period. The book concentrates on the conflicts among Albanian and Slavic populations (Kosovo, Montenegro, Macedonia, South Serbia), along with some comparisons to Bosnia

This book seeks to identify the motivations of individual perpetrators of ethnic violence. The work develops four models gleaned from existing social science literatures: Fear, Hatred, Resentment, and Rage. The empirical chapters apply the models to important events involving ethnic conflict in Eastern Europe, from the 1905 Russian Revolution to the 1990's collapse of Yugoslavia. Each historical chapter generates questions about the timing and target of ethnic violence. The four models are then applied to determine which is most effective in explaining the observed patterns of ethnic conflict 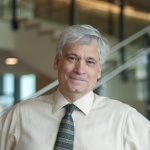